I shudder to refer to  you as ‘dear.’  Yet, you have been with me for so long, by virtue of the fact that you have become a part of me, I suppose that has entitled you to earn the accolade of affection, though my heart grants it unwillingly.

You are an enigmatic and elusive creature, a chameleon, changing color with habitat and season.

Some say you pass with time, like grains of sand sifting through my fingers, no longer resting in the safety of my palm.

Others say you are a process, as if by accomplishing twelve prescribed steps, I could graduate from your possession and be free of you.

But you are not a process.  You do not pass, at least not in this lifetime.

You are cyclical, like the moon.  You are ever-present, waxing and waning.  Some nights full, round and bright, exposing depths and darkness.  Weeks later, you pretend to sleep, a mere sliver, watching quietly through the slit of your eye.

Sometimes your brightness is astonishing and unexpected, as when one drives around a wall of trees, only to be caught unaware by the sudden, full-force of your impact.

On momentous occasions, your visibility is expected, planned for, as an eclipse.  The build-up of emotion is strong, and sometimes, to be honest, your performance disappoints.  You linger afterwards, like a hangover, making daily routine as strenuous and unpleasant as wading through knee-deep sludge.

You take on a myriad of variant shapes, like water.  Even in stages of evaporation, you don’t disappear entirely, but wait to be stored up in the clouds until a storm is ready to thunder and pelt you down in stinging drops of precipitation.

Sometimes you stand still, in a puddle at my feet, not threatening, but leaving me soggy and uncomfortable nonetheless.

Like the ocean, you pull in strong currents, and your depths are unknown.  You come in waves, rising with lofty swells that crash down incessantly.  You roll onto the shore of life, leaving the sand of my heart soft and impressionable, only to wash away the footprints with your next uninvited wave.

In winter, you form stoic icebergs that line the shore, masses of frozen mounds that keep well-intentioned visitors at bay, too fearful to set foot on your unpredictable foundation.

During some theatrical productions, you insist on taking center stage, pushing your way into the limelight, to be seen and heard by all.  On other show nights, you are content to lean against the rear wall, nodding in approval, but refusing to walk out the back door.

You can invoke both fits of rage and surrendered resignation.  You produce burning tears and melancholy, hollow stares.  Nostalgic thoughts touch fingertips with moments prior to your existence, resulting in dry, wistful smiles, mere shadows of a past reality.

You can be gripping, crippling, choking and suffocating, squeezing life out of lungs.  Then you relent, and make your bed in the well of empty hearts.  You pull up the covers, and you lie down for a while.

You dwell with me … in me … but you are not my master.

You roam on a leash.  You are tethered by the One who owns you.

As your Master fixed limits for the sea which He created and “set its doors and bars in place,” so He limits you (Job 38:10).  As He says to the waters He formed, so it is with you: “This far you may come and no farther; here is where your proud waves halt” (Job 38:11).

You will not win, nor overcome.  You have already been subdued and defeated, for “death has been swallowed up by victory” (1 Corinthians 15:54).

A day is coming when you will be deemed redundant and your crown obsolete, for there shall be “no more death, or mourning, or crying or pain” (Revelation 21:4).

On that day, O Grief, you will no longer be called ‘dear’ …

.. nor even a distant memory.

Post Script: A follow-up, Another Letter to Grief, has been written and can be found here.

Moon photograph above taken by my uncle, Thomas Fouts of Fouts Fotos (http://foutsfotos.com/)

41 thoughts on “an open letter to grief” 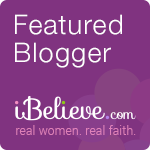